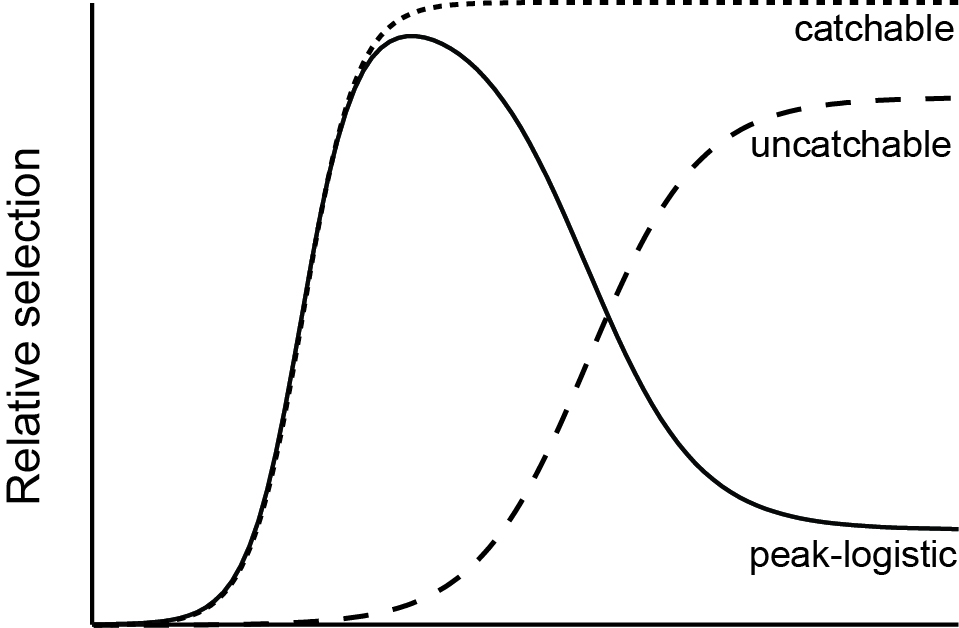 Size-selection of fish by fishing gear is often peaked and asymmetrical, and a range of distributions are used to estimate this selection. If this selection has a non-zero asymptote, however, the options are limited.

This article presents the peak-logistic curve – a simple subtraction of two logistic curves, which can be interpreted as modelling alternate capture mechanisms. Also discussed is the two-sided normal curve, which is also useful for non-zero-asymptotic peaked selection curves.

An R script is provided which uses non-linear least squares regression to fit the peak-logistic curve, plus the following comparison curves: two-sided normal, lognormal, and binormal. Curves are evaluated using sum of squares residuals and mean-square-error. An example dataset of relative size-selection in mulloway is also provided.

For details, see the article by Smith & Taylor (2014). Also view the supplementary material, which discusses the importance of assessing collinearity and options for dealing with it.